Front Squat vs Back Squat

Front Squat vs Back Squat 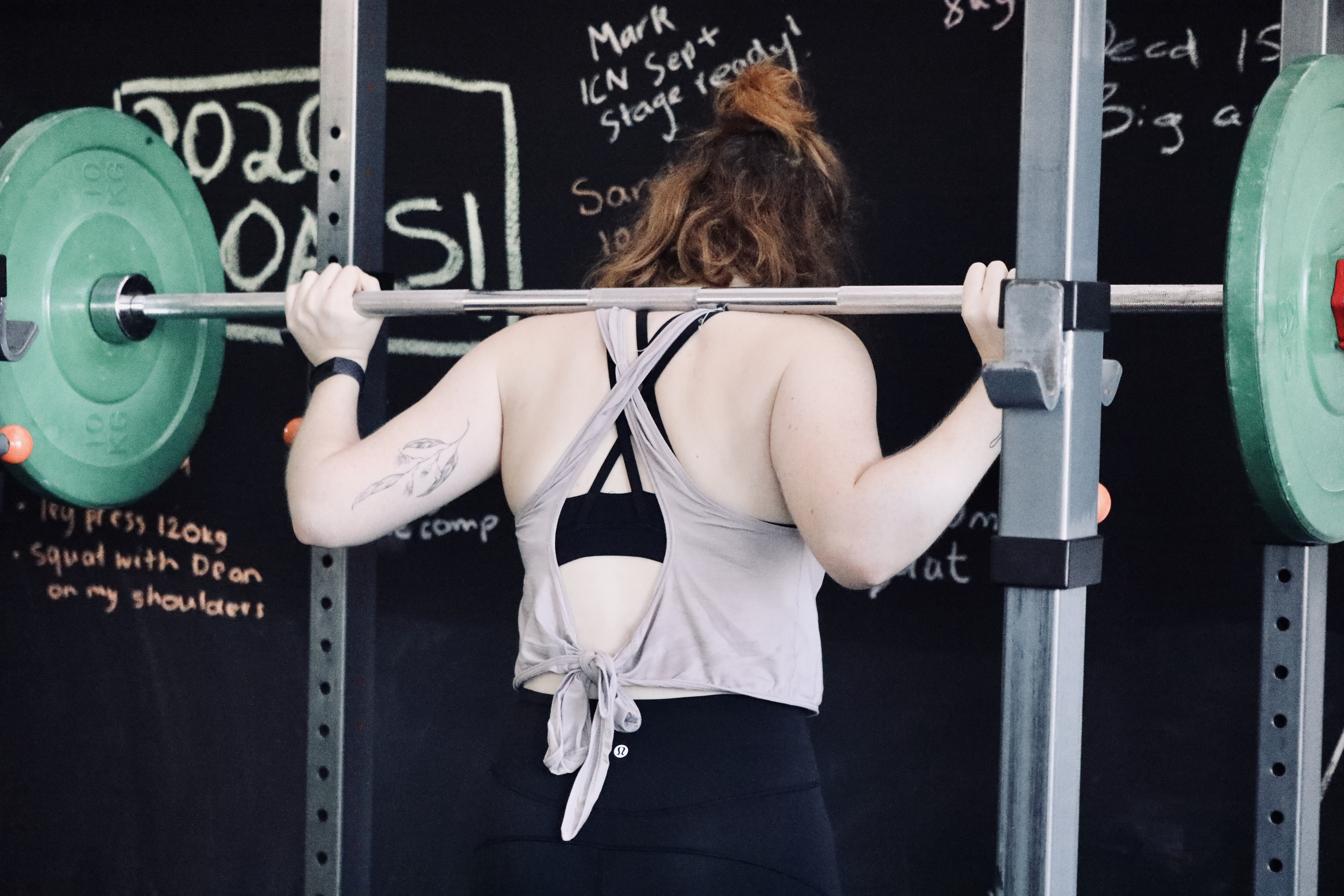 If we are a bit more specific in answering that question, then we have research to back up most of the answers. Quads away!

In a recent research review by Dr Helen Kollias of Precision Nutrition it was found that the FSQ is marginally better for quad and thoracic erector development (muscles either side of spine). And that the BSQ is marginally better for glutes and lumbar erector development. In saying this, both will grow your quads and glutes to a similar degree if you progressively overload them. The FSQ however will require less absolute weight to achieve the same result.

This depends on which movement or muscle groups you want to strengthen. Obviously if you need to front squat as part of weightlifting training or back squat for powerlifting then you NEED to get strong at those movements. If however you have your pick, then the muscles emphasised in the hypertrophy example above will get strengthened with correct loading. If you’re talking from a pure “weight lifted” standpoint most people would lift more on the BSQ.

Before we discuss injuries I have to start with the disclaimer that no magical exercise will help you stay injury free if you push loads or volumes you have no right to be touching. Too much too soon will lead to a much increased risk of injury. Period.

Injuries have been reported using either exercise to knees, hips, lower backs, shoulders etc. I COULD write you a list of injuries and how they might be exacerbated by one version of the squat over another, but I’m not going to. For example it would be remiss of me to assume that everyone’s meniscal tear feels more or less comfortable using the front squat as it puts less compressive force on the joint. Humans just aren’t that simple, some people will feel some pain, others none, some oodles.

The variation you pick should be one that ticks the strength/hypertrophy/preference/anthropometry/street cred boxes that relate to your goals and from there, there will be a way for you to do it comfortably if you put in the time and effort to work on form, correct any relevant muscle imbalances/strength deficits (something an Exercise Physiologist like myself or Kim Bowman can help you with) and modulate load and progression over time. Neither variation should really be inherently more injurious if you work at it and don’t go ham.

If you REALLY want some general hard stats though, in a 2014 research summary from Chris Beardsley examining injury rates in strength sports (bodybuilding, weightlifting and powerlifting) he found that per 1000 hours participating in strength sports training or competition that the injury rate was 0.24-5.5 injuries (obviously other movements apart from squatting in these sports will also contribute to the stats). Now if this sounds a lot, keep in mind that long distance running rates are 2.5-12.1 which tells you that overall lifting weights is pretty damn safe.

Olympic Weightlifters have some of the world’s biggest quads and they are front squatting in one form or another ALOT. In my book the front squat wins the street cred battle easy peasy.

N.B either variation will make it hard to buy pants.

A random category, but one that none the less needs a mention. What I mean by adherence is, if you don’t like it, you won’t do it. And if you won’t do it, you won’t get anywhere. Whichever variation you pick, it has to be one that feels good, and allows you to progress over time, as this is the biggest determinant of achieving any goal whether size or strength related.

This is just a fancy way of saying limb and body segment lengths. Typically someone with short femurs (upper thigh bones) can squat however the hell they like, but if someone has long femurs, then by virtue of the position they end up in in the bottom of a squat there is probably more of a case for using the back squat, which will make it easier to keep the bar in position. Ankle dorsiflexion range of motion will also factor into this as the more range you have to push your knee over your toe the more freedom you have to select a variation regardless of leg lengths (see below diagram).

While the question will always be asked about which exercise reigns supreme you can see that it’s not always so clear cut. Depending on preference, requirements of your sport, how you’re built and what pre-existing injuries you’ve had, you can make a more informed decision about what squat suits YOU better. Either way, as previously mentioned, get used to not being able to find jeans to contain your muscle clad thighs.

If you need some guidance with training, nutrition, programming, tracking etc, get in touch today. Our team of highly experienced health and fitness professionals can help you out. Book in a free consult today!